Mission - development of transit through the Dostyk/Altynkol border point. 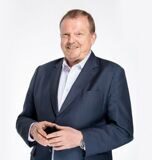 The CCTT WG on improving the competitiveness of the ITC East – West was established as a result of the 28th Plenary Meeting of the International coordinating Council on Trans-Eurasian Transportation (CCTT), which was held on September 19-20, 2019 in Nur-Sultan, Kazakhstan.

The main activities of the CCTT Working group on improving the competitiveness of the ITC East – West: