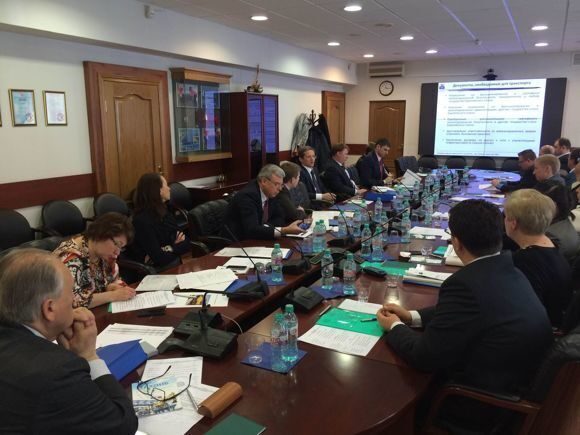 Presentation of the President – Director General of MAV Zrt. on activity of the CCTT - RZD - MAV Zrt. joint working group.

The first meeting of the group took place on April 24, 2014 in TSC OAO RZD in Moscow on which results of RZD-MAV working group meeting on development of the Zakhon transshipment area (April 2-3, 2014, Zakhon) were also under discussion.

The second meeting of the group took place on January 29-30, 2015 in Budapest. Representatives of the largest transport and logistics companies of Russia, Hungary and Germany (total 40 people) participated in a meeting of the CCTT-RZD-MAV working group.

In the course of the meeting, according to the agenda, participants discussed prospects of the Euro-Asian block trains organization with the use of TSM and RFC No. 6, territorial extension of transport and logistics services on TSM, in particular the use of the Ro-La terminal in the organization of transportations in Zakhon transshipment zone.

Within the meeting, the first presentation of UTLC activity was held.

For the first time within the group, one of the issues to discuss was the development of cooperation in the sphere of passenger transportation.  Discussions of MAV-START and FPK heads were held.