On September 15-16, 2021 in Moscow, under the leadership of Mr. Oleg Belozerov, CCTT Chairman, CEO-Chairman of the Board, RZD OJSC, the anniversary 30th Plenary Meeting of the International Coordinating Council on Trans-Eurasian Transportation (CCTT) was held. At the opening of the meeting, Mr. D.S. Zverev, State Secretary - Deputy Minister of Transport of the Russian Federation, Mr. T.I. Sanbekov, Member of the Board (Minister) for Energy and Infrastructure of the Eurasian Economic Commission, as well as heads of authoritative international organizations of ESCAP, OSJD and ITF made welcoming speeches to its participants.
This year, the CCTT Secretariat proposed a completely new format - "Open Dialogue," at which participants discussed the prospects for the development of Trans-Eurasian routes and the role of CCTT in organizing green, reliable and safe multimodal corridors. This dialogue was attended by Mr. G.M. Fadeev, first CCTT Chairman and Secretary General from 1996 to 2005, the Minister of Railways of the Russian Federation (1992-1996, 2002-2003), first RZD OJSC President (2003-2005).
Mr. Oleg Belozerov in his speech noted that thanks to the coordinated interaction of participants in the transportation process on the CCTT platform, decisions were made that contribute to increasing the competitiveness of railway transport in international transportation.
Among the tasks facing CCTT, Mr. Oleg Belozerov emphasized the need for further digital transformation of transportation processes and the creation of new demanded logistics products, improving the environmental friendliness of railway transport and developing competencies in the field of training specialists in the field of international transportation and logistics.
The "Open Dialogue" was also attended by Mr. I.Y. Koval, head of the Federal Agency for Railway Transport of the Russian Federation, heads and plenipotentiaries of the national railways of China, Kazakhstan, the Republic of Korea, Azerbaijan, Austria, Italy, Germany, Belarus, Poland, Finland, Latvia, Mongolia, FCS Russia, Universal Postal Union Union, , Delo Group of Companies, UGMK JSC, UTLC ERA JSC, FESCO Group of Companies and spoke about the results achieved, indicating problematic, in their opinion, issues of competitiveness.
Mr. Gennady Bessonov, CCTT Secretary General, presented the report on the implementation of the decisions taken at the 29th CCTT Plenary Meeting (November 5-6, 2020, Moscow).
The meeting discussed the development of railway and port infrastructure, the introduction of information technologies, the formation of new transport products, the expansion of geography and transport routes.
Representatives of China Post and Russian Post JSC spoke about the current situation and prospects for the development of the transportation of international mail and e-commerce goods by rail.
Within the framework of the business programme of the Plenary Meeting, a joint CCTT/ESCAP session - "Strengthening the sustainability of transport links in the context of COVID-19" - was held.
During the meeting, Mercitalia Rail, which is part of the Italian State Railways Group, DELO Group, which already joined the CCTT members, TransContainer PJSC and Global Ports, and also signed a Memorandum of Cooperation between CCTT and the International Union for Combined Road-Rail Transport (UIRR, Brussels headquarters).
In total, more than 500 participants from 28 countries joined the online broadcast of the 30th Plenary Meeting: heads of ministries and departments, customs and postal services, administrations of railways, seaports, shipping companies, transport and logistics, insurance, security, IT companies, international and public organizations (UNECE ITC, ESCAP, ECE, UPU, WCO, OTIF, OSJD, UIC, CIT, FERRMED, REC, RSPP, ACEX) national associations of operators and forwarders of Russia, Europe, Japan, China and the Republic of Korea. 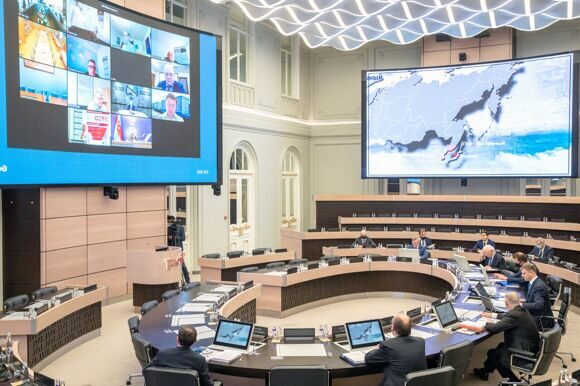 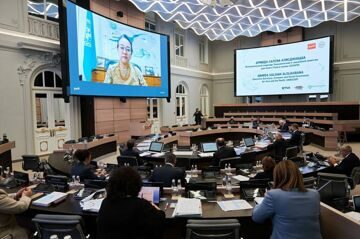 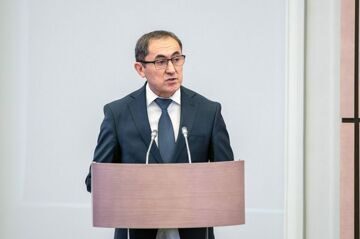 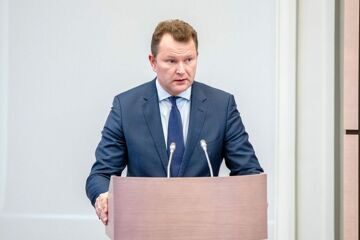 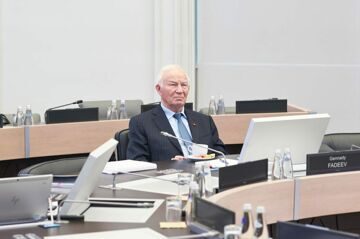 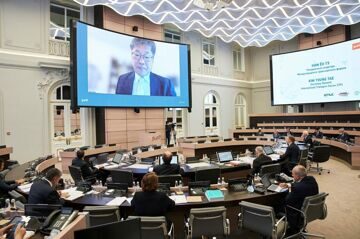 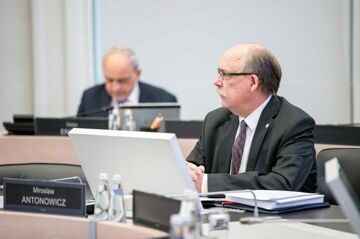 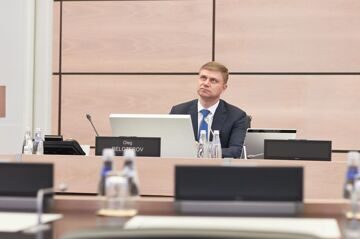 Please log in to leave a comment.
I agree to the processing of my personal data. Details
Attention! Cookie need to be enabled on your browser to allow the site tofunction properly. If, for some technical reason, whether transmission, orstorage of cookie data is not supported on your browser, then authorization tothe system will be unavailable.