On November 15, 2019 in Chengdu, China, at the Chengdu Century City International Convention Center (Shuhan Room) in the framework of the international transport exhibition "China (Chengdu) International Supply Chain and Smart Logistics Expo" with the support of the government of Chengdu was held the CCTT Business Forum "Potential of Eurasian Transit and Far-East Sea Rail Multimodal Transport", which was attended by authorized representatives of railways, transport and logistics companies from Asia, Europe and the C.I.S. (120 people).

"China Chengdu International Supply Chain and Smart Logistics Expo (SCSL) 2019" is the annual logistics exhibition in Western China. Chengdu is the largest container freight hub in China-Europe, plays an important role in the development of the Chinese government's initiative "One Belt, One Road" and is not only an important center of China's economic and technical development, but also an important hub for cooperation with Russia, Eastern and Western European countries.

The business forum was organized by the CCTT Secretariat together with the Beijing North Star Events Group and the Chengdu Municipal Port and Logistics Office in order to promote the marketing of railway container services of CCTT members companies in Euro-Asian traffic, to create a platform for discussing the opportunities and prospects of realizing the transit potential of the Eurasian continent and to search for mutually beneficial solutions.

It was discussed the potential issues of container cargo transportation along the China-Europe-China route by direct rail and through the Far Eastern ports. It was noted that in order to ensure an appropriate level of digital interaction between the participants of the international transportation process and the national IT-systems, the CCTT should play the role of an integrated digital resource, which will make it possible to create a united digital transport and logistics space.

Emil Kaikiev, a member of the Board (Minister) for Energy and Infrastructure of the Eurasian Economic Policy said welcoming words.

The forum was moderated by CCTT Secretary General Gennady Bessonov. 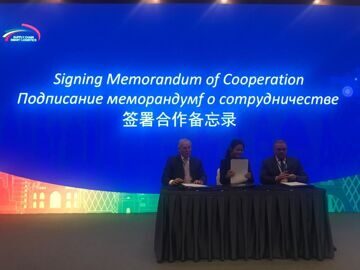 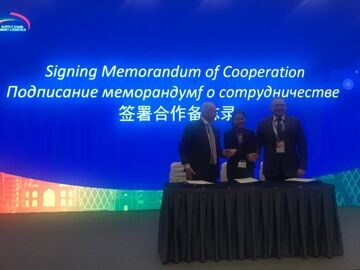