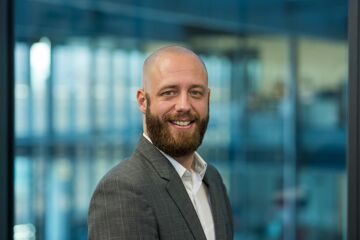 St. Gallen, April 6, 2021. Jürgen Huschka, 41, has been the new Executive Director Eurasia of the InterRail Group since April 1. He comes on board as a proven Rail/China expert.

Huschka worked for Panalpina in the overland segment and most recently in the management of Far East Land Bridge, an operator of block trains between Asia and Europe.

"With Jürgen Huschka, our ideal candidate has finally found his way to InterRail. With the newly created position of an 'executive tradelane director', InterRail Holding AG wanted to send a clear signal that we are increasingly focusing our attention on the earnings situation of a tradelane and less on the individual profit centers active on a tradelane," says Hans Reinhard, Chairman of InterRail Holding AG.  "We hope this will result in even more decisions in favor of the entire tradelane and thus more development momentum, especially for block train handling between China and Europe."

InterRail at a glance:

The InterRail Group, registered in Switzerland, is an international transport group with a focus on rail freight, and the owner of rolling stock and containers. As the operator of container block trains between Europe and Asia, InterRail has the specific knowhow for the transport of conventional and containerized cargo from and to the countries of the Commonwealth of Independent States, as well as in CIS transit. InterRail has direct contracts with all national railway companies in the CIS. Among others, the service portfolio includes end-to-end freight rates, documentation, pre- and on-carriage for rail traffics, tracking and tracing as well as container provision. InterRail operates its own offices in Belarus, China, Germany, India, Kazakhstan, Poland, Russia, Switzerland, Ukraine and Uzbekistan. www.interrail.ag