On July 28, 2020, the CCTT, within the framework of the initiative of JSC UTLC ERA, organized an international videoconference "Trans – Eurasian container services in the China - Europe-China connection".

The initiative of JSC UTLC ERA "One million club", proposed 4 years ago and aimed to quickly solving operational and organizational issues involved in container rail transport by the parties, as part of the overall task of attracting 1 million TEU for transit in the China-Europe-China connection. In this regard, the CCTT platform made it possible to exchange the accumulated experience in an online format and identify current problems for the development of transit rail transport.

The main focus of the event was on highlighting the measures taken by European companies in terms of the development of terminal infrastructure, rolling stock, internal logistics of the EU countries and speeding up the passage of border crossings between the EU and the CIS countries in the context of growing container traffic. Special attention was paid to the issue of balancing the cargo flow and loading empty containers for return to the Asia-Pacific countries. Presentations were made by representatives of companies JSC UTLC ERA, JSC PKP CARGO, Rail Cargo Operator Austria AG, METRANS Group and JSC Russian Railways Logistics.

At the end of the videoconference was conducted an online questionnaire to identify the main advantages of rail transportation in the organization of transit container traffic, refer to the main respondents of problems and the formation of proposals on priority directions of further development of Trans-Eurasian container service in  the China – Europe – China connection. 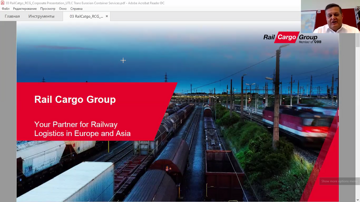 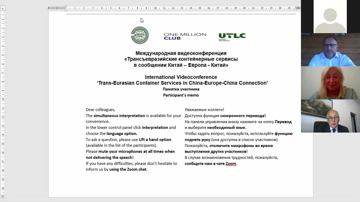 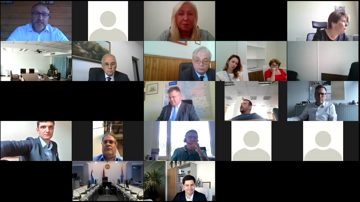